Airship is a collection of components that coordinate to form means of configuring and deploying and maintaining a Kubernetes environment using a declarative set of yaml documents.

More specifically, the current focus of this project is the implementation of OpenStack on Kubernetes (OOK).

Pegleg is a document aggregator that provides early linting and validations via Deckhand, a document management micro-service within Airship.

Shipyard provides the entrypoint for the following aspects of the control plane:

Site designs, including the configuration of bare metal host nodes, network design, operating systems, Kubernetes nodes, Armada manifests, Helm charts, and any other descriptors that define the build out of a group of servers enter the Airship via Shipyard. Secrets, such as passwords and certificates, use the same mechanism. The designs and secrets are stored in Airship's Deckhand, providing for version history and secure storage among other document-based conveniences.

Interaction with the site's control plane is done via invocation of actions in Shipyard. Each action is backed by a workflow implemented as a directed acyclic graph (DAG) that runs using Apache Airflow. Shipyard provides a mechanism to monitor and control the execution of the workflow.

Drydock is a provisioning orchestrator for baremetal servers that translates a YAML-based declaritive site topology into a physical undercloud that can be used for building out a enterprise Kubernetes cluster. It uses plugins to leverage existing provisioning systems to build the servers allowing integration with the provisioning system that best fits the goals and environment of a site.

Deckhand is a document-based configuration storage service built with auditability and validation in mind.

Armada is a tool for managing multiple Helm charts with dependencies by centralizing all configurations in a single Armada YAML and providing life-cycle hooks for all Helm releases.

Kubernetes is an open source system for managing containerized applications across multiple hosts, providing basic mechanisms for deployment, maintenance, and scaling of applications.

Promenade is a tool for bootstrapping a resilient, self-hosted Kubernetes cluster and managing its life-cycle.

Bootstrapping begins by provisioning a single-node cluster with a complete, configurable Airship infrastructure. After hosts are added to the cluster, the original bootstrapping node can be re-provisioned to avoid subtle differences that could result in future issues.

Promenade provides cluster resiliency against both node failures and full cluster restarts. It does so by leveraging Helm charts to manage core Kubernetes assets directly on each host, to ensure their availability.

Helm is a package manager for Kubernetes. It helps you define, install, and upgrade even the most complex Kubernetes applications using Helm charts.

At its core, the value that Helm brings to the table -- at least for us -- is allowing us to templatize our experience with Kubernetes resources, providing a standard interface for operators or high-level software orchestrators to control the installation and life cycle of Kubernetes applications.

The OpenStack-Helm project provides a framework to enable the deployment, maintenance, and upgrading of loosely coupled OpenStack services and their dependencies individually or as part of complex environments.

Users of OpenStack-Helm either deploy all or individual OpenStack components along with their required dependencies. It heavily borrows concepts from Stackanetes and complex Helm application deployments. Ideally, at the end of the day, this project is meant to be a collaborative project that brings OpenStack applications into a cloud-native model.

Divingbell is a lightweight solution for:

What problems does it solve?

The needs identified for Divingbell were:

Berth is a deliberately minimalist VM runner for Kubernetes. 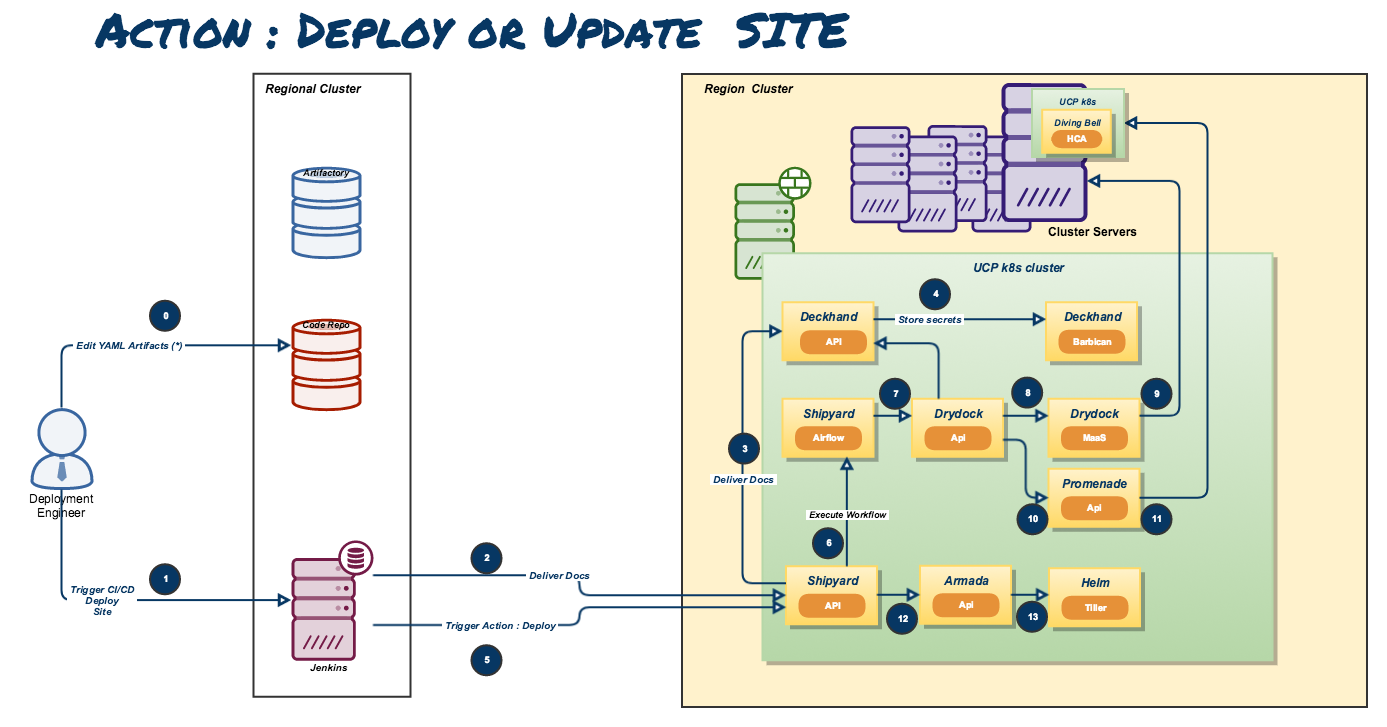